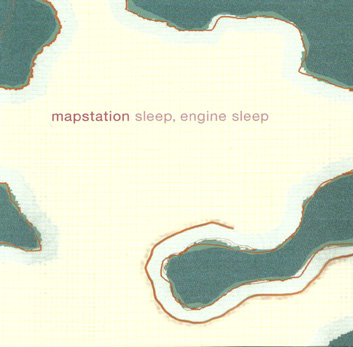 “Stunning release by ‘To Rococo Rot’ member Stefan Schneider after his highly acclaimed solo debut on London's Soul Static Sound label. The sound of 'Sleep, Engine Sleep' has already moved-on from its predecessor. Gone is the fixation with cold, almost machine-like interpretations of minimalism. Instead, the sound of ‘Mapstation’ has been infused with warmth, fuzz, pulsating rhythms and above all intimate melodies that retain a unique ambience and contain a kind of crack-dub that would not have sounded out of place on the recent Scape sampler. Very nice indeed.” (Boomkat)