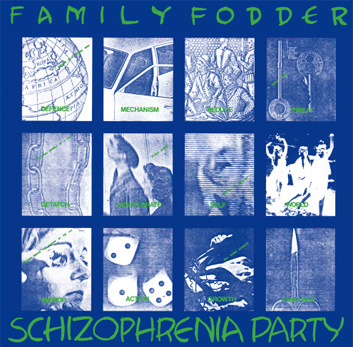 For the first time reissued on vinyl in a strictly limited edition of 500 copies and coming with four exclusive bonus tracks, "Schizophrenia Party (Director's Cut)" represents the second chapter in the career of UK underground heroes Family Fodder after their legendary debut "Monkey Banana Kitchen". This full-length album features the complete 12" EP "Schizophrenia Party" (incl. the 9min monster tune "Dinosaur Sex") from 1981 and the 7" singles "Film Music" (1981) and "The Big Dig" (1982), all originally released on Fresh Records.