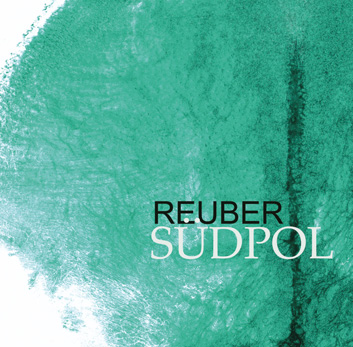 “Reuber makes music which is intrinsically German, you stick it on and really, it could have been produced any time between 1971 and now, but it could have only come from Germany. This is Kosmische music, Kraut-rock taking pointers from Cluster, Tangerine Dream, Rother & Mobius and the great Conrad Schnitzler, and it’s no bad direction to head in I’d say. The tracks, as you’d expect, pulse and bubble just as they should, with analogue sequence layered over analogue sequence... and it’s a world that is altogether more inviting than you might think. There’s no shortage of cosmic synthesizer music around at the moment, but it’s rare to find something that sounds so damn authentic. Recommended listening.” (Boomkat)

“Although Ekkehard Ehlers' blues album last year made clear that anything could happen at Staubgold, a label with a rather experimental and deliberate image, this one IS surprising. The title of Timo Reuber's new offering means 'South Pole’, and the electronic pop sounds on it surely do radiate a mysterious, 'southern light’ kind of coolness and warmth at once. It's very retro in a way, but different from the fake '80s/new wave sound that's been ruling the rock and pop world for already too many years now. (...) 'Sudpol’ shows a tendency toward the darker spheres of instrumental music, and while doing so it tells almost the complete history of electronic music made in Germany, from the aforementioned masters to the latest electronica acts.“ (RealTokyo)

“Timo Reuber is one of the lesser known artists in the prestigious roster of the Staubgold label, but that doesn’t mean his music doesn’t keep up with the high standard of that label. ‘Südpol’ is already Reuber´s fourth album on Staubgold. At the same time, it’s his most accomplished effort.

Reuber has always been one of the most Krautrock influenced artists on Staubgold, and with ‘Südpol’ he lives out that affinity even more than on his previous albums. Reuber´s music is closest to the more electronic of the German groups from the 1970s. A track like the constantly morphing ‘Amundsen’, might have been influenced by ‘Cluster II’ and the album opener ‘Altweiber’ as well the best track on the album, entitled ‘Nach vorn’, have quite a few similarities to Kraftwerk circa ‘Autobahn’ (which probably isn’t considered to be Krautrock anymore by most people). Despite these references, ‘Südpol’ doesn’t sound all retro, but somehow timeless.

In the middle of the album, Reuber gets support on guitar from Joseph Suchy who adds an airy breeze to the tracks ‘Tagebuch’, ‘Auf Auf’, ‘Nach vorn’ and the title track. (…) The album ends with the incredibly atmospheric three-part ‘Steppengraskrieger’, which begins with coming and going sonic waves before turning into an ending sequence which both reminds of 20th century classical music and folk music. ‘Steppengraskrieger’ is a worthy ending for a really worthwhile album.” (Foxy Digitalis)