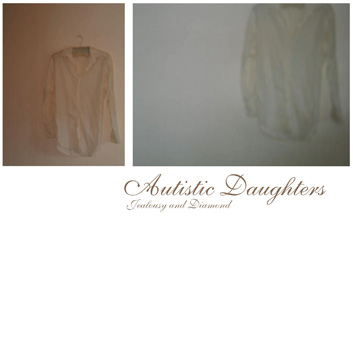 “Jealousy and Diamond is profoundly rich in texture and atmosphere. A delicate jazz hover permeates the pores of each and every track, while Dean Roberts’ guitar grounds the music in an other-worldly folk amalgamation that shimmers with its extreme, hushed beauty. Breathtaking music.” (Boomkat)

As Roberts told dB magazine in Australia in early 2004, "our capabilities instrumentally and compositionally, in engineering and production match, and moreover our friendship keeps it all together. We are able to say and do what we want and the vision is entirely collective." Created by live performance and processed and enhanced in the studio, "Jealousy and Diamond" builds to higher volume levels than Robert’s previous solo album, "Be Mine Tonight", and turns on a more assertive rhythm section. Basic tracks were recorded in Vienna in April 2003 by Roberts, Dafeldecker and Brandlmayr. Dean Roberts recorded additional voices, guitars and miscellaneous instruments with Valerie Tricoli (who was such a crucial part of the "Be Mine Tonight" recordings) in Bologna , Italy in the fall of 2003. With the members travelling and involved in multiple groups the mastering of the album was finished in early summer 2004 by Patrick Pulsinger.