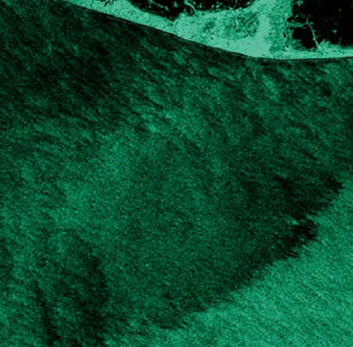 “’Plays Hubert Fichte’ offers a decidedly abstract impression of the stated subject. The impossibility of directly sourcing the writer Fichte – a self-proclaimed “homosexual half-Jew” whose post-WWII writings exposed Germans to homosexuality as a literary theme – leaves Ehlers’ to rely on atmosphere alone. Beginning with a twitching thread of high tones and ending with a muted guitar ambling in crackly silt, ’Plays Hubert Fichte’ draws only tangential connections between its digital murmurings and their namesake. (…)

In the end, ’Plays’ hinges on the effectiveness of these referencing techniques. Taken without their programmatic backdrop, Ehlers’ collection of electronic miniatures stands as well-executed glitchworks laced with the sort of conspicuous moodiness that rarely surfaces in the laptop pack. (…) Each EP unfolds with the sort of reverence and perceptiveness that directly corresponds to Ehlers’ ambition and affection, and his music appropriately tugs equally at the ears and heart. ‘Plays’ flourishes in its willingness to let Ehlers to indulge in his individual brand of digitally-filtered sentimentality. What’s left is a series of heartfelt tributes, crafted with the technical precision and personal insight of a master portrait painter – fit tributes to the complexities of Ehlers’ well-beloved heroes.” (Joe Panzner, Stylus magazine)

“In 2001, Ekkehard Ehlers released a compositional cycle of abstract tributes to artistic personalities. Ehlers' music never references the works of its namesakes. Instead it draws inspiration from a certain state that (…) the writings of Hubert Fichte create in Ehlers' mind. Although each set has its own character, associating it with the corresponding artist simply doesn't work. (…) Ehlers' music draws on German experimental ambient and minimal techno, but also post-rock melancholy and drone-based improvisation. (…)

The two ‘Ekkehard Ehlers Plays Hubert Fichte’ tracks, with delicate guitar work by Joseph Suchy, also captivate. (…) This album generates its own universe of cultural references but, beyond its conceptual side, it draws the listener into a highly introspective sound world, slow-changing and mesmerizing. It eschews the clichés of clicks and cuts, microsound, or any other trend rooted in experimental electronica at the time, making it definitely one of the strongest, most personal artistic statements of the year. Highly recommended.” (François Couture, All Music Guide)